Putin doubles down in Ukraine with biggest gamble yet

Russian President Vladimir Putin is placing two of his biggest-ever political and strategic bets in a single week.

Why it matters: With his troops getting routed in northeastern Ukraine and their footholds elsewhere slipping, Putin eschewed strategic retreat in favor of high-risk escalation. He's mobilizing an estimated 300,000 citizens and preparing to declare 15% of Ukraine as Russian soil — backed by a blatant nuclear threat.

Driving the news: Putin's mobilization announcement was followed by scenes of protests in dozens of cities, military-age men crowding into airports and border checkpoints to flee conscription, and long lines of soon-to-be soldiers being herded onto buses and planes — particularly in provinces far from Moscow.

The big picture: The specter of conscription could potentially bring the war home to millions of Russians in a way nothing else has. 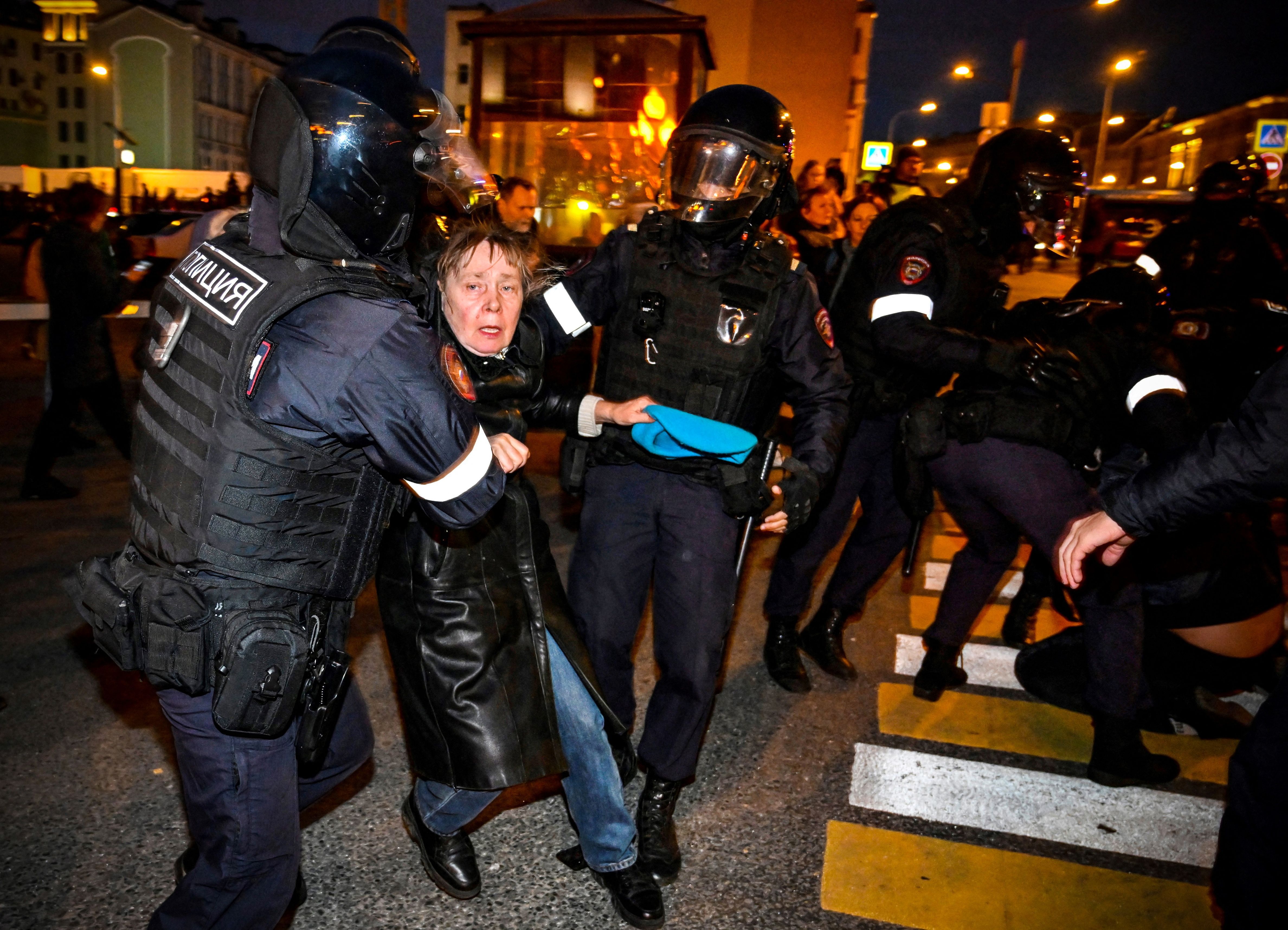 Police detain a protester in Mosow on Wednesday. Photo: Alexander Nemenov/AFP via Getty

Military analysts have also cast doubts on the Russian military's ability to integrate, train, and equip hundreds of thousands of soldiers, many of whom likely have no desire to fight this war.

So-called "referenda" in four regions of Ukraine under total (Luhansk), near-total (Kherson), or partial (Donestk, Zaporizhzhia) Russian control are slated to run from Friday to Tuesday.

Data: The Institute for the Study of War with AEI’s Critical Threats Project; Map: Jared Whalen/Axios

Breaking it down: Analysts believe this is part of an effort to recast the war as defensive in nature — a fight to free people and lands that are truly Russian — and to lock-in Russia's gains.

The other side: Ukrainian and Western officials have been quick to insist that they won't let nuclear threats weaken their resolve. But some have also cautioned that Putin's warnings can't be dismissed.

The bottom line: "He’s now staking his regime on this war," Kofman says.